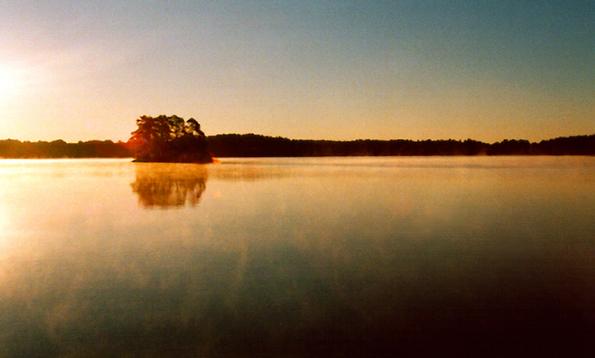 The film was shot at a lake in southern Sweden where I spent all my childhood summers.

The Summer after I lost both my parents I spent every morning trying to find a picture or a sequence to express my grief.

It was a creative as well as a healing process and unexpectedly beside the grief I also felt some kind of relief I let the camera sink under the water. The pictures go from the depths to the sunrise over the calm lake.

Often the waterline parts the screen. The slow speed and loopformat gives the film a meditative and poetic character. The lyrics in the song ”We'll meet again” took on a whole new meaning and gave me comfort. The film is extremely personal and maybe therefore also universal..

"We´ll meet again" has been shown at